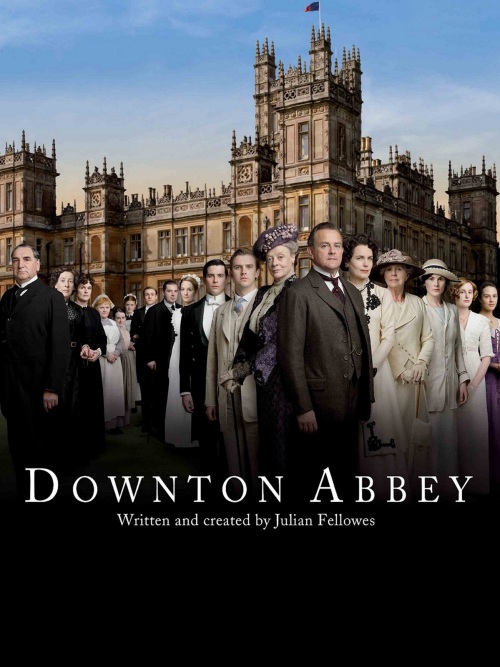 Ah, if there’s a cure for this, I don’t want it.  If there’s a remedy for this, I’ll run from it.  Think about it all the time; never let it out of my mind.  Cause I love Downton Abbey.

For those not familiar with it (have you been under a rock?) it is an English costume drama set on an aristocratic estate and follows the trials and tribulations of the fictitious Grantham family and their servants in the early 20th century.  Season 1 begins in 1912, April 15, 1912, to be precise and the family is shocked to have learned that the male heir to the entailed (all Jane Austen fans will know what this is) estate has died in the sinking of the RMS Titanic.  This throws the household into a dither because the next in line to inherit is in “trade”.  This is very hard to stomach by the three unmarried daughters who are not entitled to inherit.  The season ends as war is declared against Germany on August 4, 1914.  It has a stellar cast, beautiful clothes, exquisite manners, and a stunning country house.  It spotlights the last hurrah of the British upper classes before the devastation of war.  Right from the start, I was hooked.  I’ve always been a sucker for this type of entertainment and no one does this form of drama like the Brits.

So now I’ve been watching Season 2 on my laptop.  It is not something I do normally and usually am against watching anything on such an inadequate screen.  But for this I made an exception.  It could not be helped; it simply had to be done.  And I have not been disappointed.  Season 2 takes place during the years 1914–1918 when Britain is torn apart  by the brutality of trench warfare and English society, class structure, and way of life changed forever.  I cannot wait for the PBS airing in January so I can watch it properly.

It is a soap opera and a well done one despite a few too convenient and shoddy plot lines.  So no, I do not want a cure for this obsession with Downton Abbey.  There are few pleasures in life and this is an extraordinary one.